(This is a continuation of my blog on Synesthesia, where I conceptualized ‘The Clouds of Thought’ for my book, The Silent Invader.  You may want to start there for context.)

In case you are wondering why I thought emotion-color Synesthesia was the inspiration, given that Becky just described something more related to hearing than sight, consider the next phase of the clouds of thought:

“There is a second form of perception, where you can see what appears as a light mist cast everywhere you look.” She pauses. “Depending on your focus, the mist, or cloud can seem close and very dense, or very distant. But, this cloud only reacts to the firing of the synapses of people around you. The density of the cloud determines the fidelity of detail you perceive in thoughts.” She smiles. “You can even see when your own thoughts disturb it, if you concentrate. Like the sound of our thoughts, the synapse can create images in the cloud, often geometric patterns, depending on the level of focus in the thought. They even vary depending on how the synapse fires, and thought patterns will change in size and color because of the intensity or even the emotion.”

She smiles. “Or happiness. Obviously, seeing the patterns a thought makes, and then a person making that thought public, you can learn quickly what they each often mean.” She puts her hands on her shoulders, on top of Richards. “When a person has a creative mind, like yours, the patterns are even vivid pictures, even colorful pictures, and they so wonderful to see.”

Richard smiles. “So you are able to see the patterns my thoughts make in the air?” She nods again. “Well, I guess that is not so bad.”

When I was writing my book, I used to draw prolifically.  So, the visualization of the colors swirling around, taking on striking patterns and colors was mesmerizing to imagine. You think about what she has described, and you might wonder how your own thoughts would look.  Mine would likely be organized chaos.  But, I had to use the emotion-color because of how complex it could potentially be.  Consider: do you feel only one emotion at a time? When you’re sad, are you only sad?  When you’re happy, are you only happy?  There can be undercurrents of emotions swimming beneath, and if each has a distinct color, they may actually produce quite the visual.  This also introduced another nice point:  She isn’t so much looking inside your head, as looking at what’s coming out of it.

For me, it was more striking how visualization and auditory cues were both more interesting and more revealing ways to show thoughts.  Suddenly, you would wonder what these images told her about the person, rather than simply know what they were thinking.  I can only scratch the surface of what the cloud could allow her to do, but there is so much still shared in this book on the matter.  And to be clear, this is only two types mentioned so far 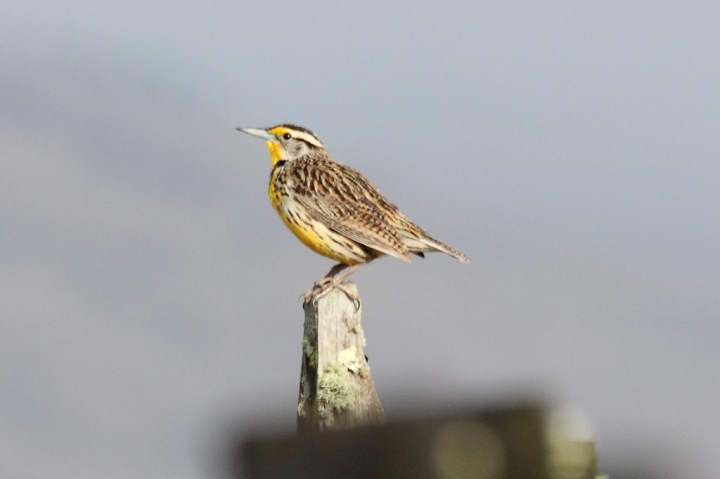 Since these are separate, it makes it clear that even with this ability, I could create rules that would apply in unique ways for each.  For example, She points out that seeing is clearer than hearing, which can make sense.  Consider: would be easier to identify a particular animal by a picture, or by the sound (spoiler!) it makes? Obviously, if you’re familiar with what you are identifying, one or the other may be all you need.  But, if you know little, and were attempting to identify it solely based on a visual or a sound, which would be easier for you? (Leave your comments below)

While I have pointed out that there are distinctions for the two mentioned, you can probably guess what the third, and (for this book!) final type of ability is:

“There are very rare instances of individuals who have both.” Richard frowns. “With both, you can both see the patterns, and hear them.  When you have both, your depth with each is greater. A person can gain clarity of a thought sooner than with only the sound or sight.” She glances at her hands before folding her arms, hiding her hands.  “When you can only see a thought, you would only know their emotion, their focus, and possibly its direction of intent. Only hearing the sound, you would know the weight and intensity, possibly the subtle variances of multiple emotions being displayed, or which is most dominant. When you can see and hear it all, the two give you a perspective of not simply how someone is viewing a matter, the nuances in each will tell you who they are, even from a distance, even in a group. You will see their thoughts and know them as people, not simply a sound, and as you learn more, you can even see them as clearly before you, like they are sitting in this room with us.” She pauses, taking a moment look up at the stars. “Being able to focus on the thoughts of each person, you see further and clearer than your eyes, you can then see and hear the patterns of these thoughts, and understand without their public expression.”

Think about what she is saying.  With the combination of the two, they amplify each other to give a skill that can seem limitless.  She mentions first that “when you can see and hear it all, … the nuances in each will tell you who they are, even from a distance, even in a group.”  I don’t want to imply that it is impossible to find someone with just your ears when you’re in a crowd or single out a particular person in a group picture.  Realize that she didn’t say how far away any of this is. In fact, one of her next statements that “Being able to focus on the thoughts of each person, you see further and clearer than your eyes,” she is implying that there can be some distance between the viewer and the subject viewed.  In the book, she is actually speaking of a specific instance that helps impress upon us just how far that can be.  How far?  Read The Silent Invader to find out.

Next week I will introduce you to the Princess, but let this little point sink in as you await this post:  When I wrote this book (the first drafts), not only was I single, I also had no interest in getting married.  So, imagine what a person like this would write about an arranged marriage.  Stay tuned.

Thanks for visiting!  If you enjoyed this post, please like and share! You can follow on Facebook, Tumblr, and please feel free to read excerpts from The Silent Invader @RB_Thurman (and follow!), in addition to the chapters I add here, with Chapter 1 being added on Thursday (1/18/2018). If you prefer, you can also read my posts on Goodreads (I do a few book giveaways there, so you may want to check it out for that).  Your comments are welcome below.  Also, sign up on my contact page, and receive notification on when the next blog arrives.